Saturday was an extremely long day, and we didn't get home until after five. I was sunburned, had sweat out most of my body weight and I was exhausted. But I thought my face was going to split from smiling. To have a horse that was almost unrideable from how fearful he was, to calmly walking through smoke and tolerating drill which was essentially a chaotic warm up ring on STEROIDS, is such a huge accomplishment for me. 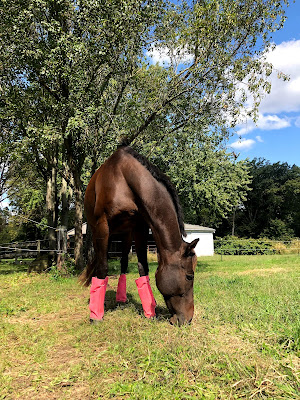 Unfortunately on Sunday, I had a slightly different horse. I think the long day with all that I had asked him had taken it's toll. I'm also still working through how to manage travel related ulcers. Normally Spicy eats his pre-ride Outlast with such force I think he's going to punch a hole in his feed bucket. But Sunday he barely touched it, and left most of his breakfast. When I asked him to get on the trailer he flat out told me no. To have a horse do all he did the day before say no on Sunday I just knew he wasn't feeling the best. I've learned that Spicy isn't lazy and will only give me a hard no if he's in pain, so I scratched the last day
I'm not disappointed at all we couldn't go to the last day.  Stacie's comment on my last blog was exactly how I was feeling - I didn't expect to him to accept all of that. I went into it full prepared to have to spend most of the clinic on the ground working through a spinning, frothing mess. 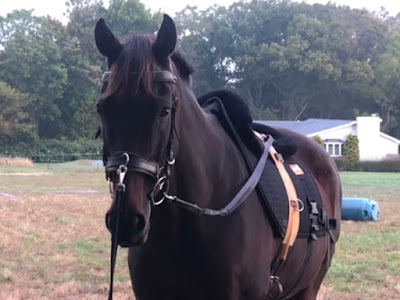 There was one moment where I felt the hamsters start wobbling off the wheel, during the drill team. I took a few moments to take him out of the column and do a little of the work I've done with The Cowboy. I flexed him in our one rein stop and worked on a few small circles and figure-8's. I felt him settle and then successfully went back into the line. Time after time, both The Cowboy and Bill confirmed that horses do not develop any less of a flight instinct. We become better at anticipating and neutralizing fearful reactions. The horse learns not to worry because he doesn't have to. He doesn't want to! Being worried is exhausting! 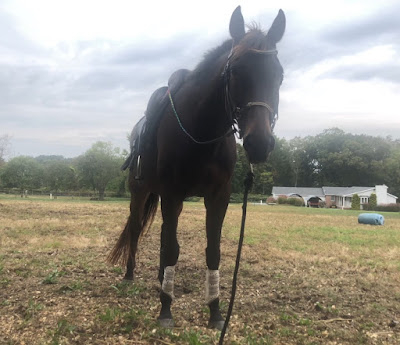 I want to make it clear that I very much have not changed Spicy. He is not any less spooky than he was when I got him. The reason things are so much better now is because I am different. Eliminating my bad habits is always going to be a work in progress. It took decades for me to build them, it'll take years to get rid of them. They have been mastered now, to some extent, and this clinic was more than proof of that. 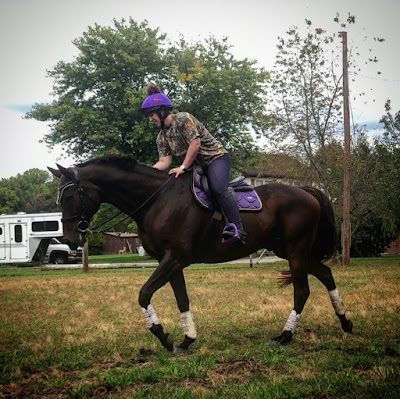 To say I am bursting with pride is an understatement. I love this horse and all he's taught me. He is a wonderful, patient teacher and every horse I own for the rest of my life will owe him a little bit.
Labels: clinic report spicy training 'tips'? trust 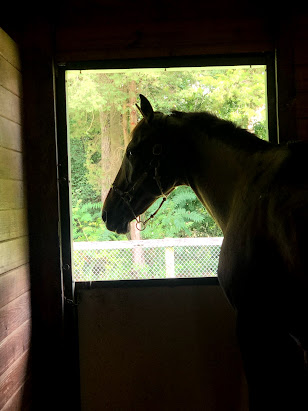