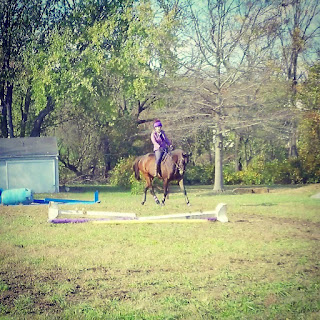 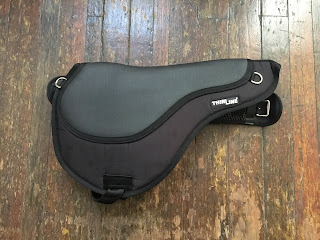 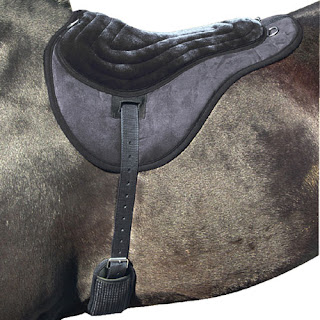 Once I got the Thinline pad, I worried I had wasted money not buying the above pad. The Thinline is extremely nice quality but doesn't feel anywhere near as squishy as the Comfort Plus. When you get on though, you can feel the difference. The foam doesn't bottom out at all so my ass didn't sink down until my tailbone met his spine. Both sides are non slip so the pad doesn't budge, and I've lunged in it a couple times (with a neck stretcher attached to a make-shift baling twin girth loop) and it doesn't move. It fits nicely even over Spicy's withers. 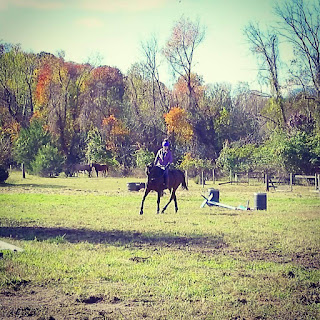 I think the Thinline material makes a difference in shock absorption. He doesn't palpate sore almost anywhere on his back anymore, and he's much softer and more relaxed through his back. This is probably a combination of the pad absorbing my seatbones and not using a saddle at all anymore, but it's still been a great outcome. The one 'downside' (in quotes because it's not) is this has also led to him moving MUCH bigger with the pad on. Instead of taking mincing little steps he wants to stride out and gets super bouncy which is uncomfortable bareback. I can't promise you'll get six-pack abs with the Thinline pad but you'll definitely feel like you did 40 crunches!