How to be An Ally

This past weekend my mother in law and nephew came to visit. Our first guests in the new house! One specific request was a visit to the barn to meet Spicy. They hadn't met him before because he was so far away from our place in Philly, so between rainstorms we swung out to the barn to say 'hi'. Pets and snacks were had but I bustled them off because it was right around dinner time. I didn't want us to be in the way and we were on our way to a museum.
Fast forward a few days later, and the barn owner mentioned she saw us stop by and that I looked nice (I was wearing a dress and not disgusting sweaty riding tights and a sunshirt). She also mentioned that I needed to 'bring my girl around'. I laughed and agreed, and mentioned she had come with me the very first time I visited but stayed in the truck.
"Well, she should come by. She's welcome any time, we're not like that here."
It took a couple seconds for my brain to catch up with what she meant. She thought Sara had stayed in the truck because I was worried about what might happen. She thought we were trying to protect ourselves. In reality, it was because Sara was giving me space to check out the barn, it was hot, and for some reason she doesn't want to sit around listening to me pontificate about feed or turnout. 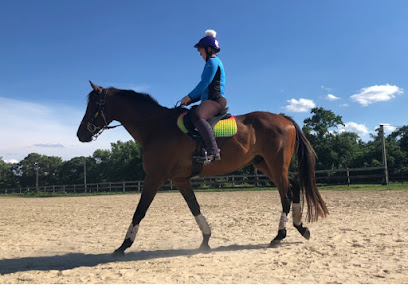 Moving from a major metro area in the northeast to The South has taught me a lot, mostly about how lucky I've been. There have been times where I've noticed more of a reaction to Sara and I's relationship. For the most part, I don't care what people think and it doesn't impact us. This relationship is mine and I'm not doing it for anyone but my wife and myself. But sometimes it does impact us. Getting positive affirmation from such an unexpected place - an older woman born and raised on a farm in southern Virginia - gave me a really intense feeling of comfort and belonging that I didn't even realize I was missing. 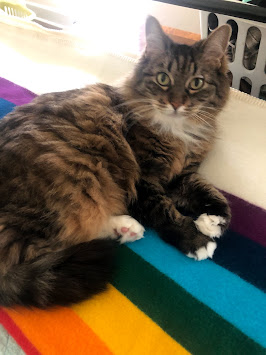 I assured her I hadn't assumed she thought that,  but tried to impress upon her how much it meant that she said something and how valuable it is to be told that. The barn is the second most important place in the world to me, after my own home, and hearing her publicly say that made me feel... a whole host of emotions, if I'm being honest. Grateful, valued, safe, appreciated.
It seemed appropriate that this should happen in June. I'm not sure she would know the significance, but I do. To anyone who hasn't thought about it: 'coming out' as an ally is a priceless gift you can do for any LGBT person. Public acknowledgement shows there is space for everyone to be who they already are. As welcoming as the world is now, I still appreciate any time someone says it out loud.
Thank you to everyone who has shown there is space for me and my greatest love, the most wonderful woman I could ever hope to be with. 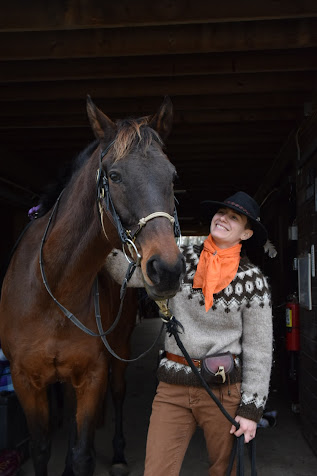