It wouldn't be a huge international event if I didn't spend hours wandering around the hundreds of vendors touching all their things and being harassed about all the specials. 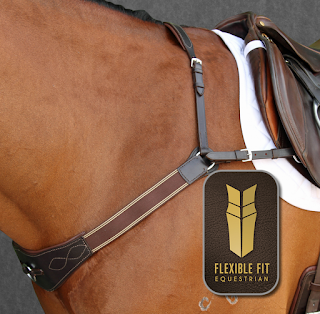 I went to Kentucky wanting to come out with some kind of three point breastplate for Spicy. I anticipated trying to pick up a discounted CWD bridge breastplate, but I hadn't realized Flexible Fit was going to be there. I've always liked the look of their three-point modified bridges, and they were just as nice in person as I hoped. Plus the sizing is generous so they easily fit Spicy's monster shoulders. I'll do a bigger review of this after I've had it for awhile but I really like it (with a couple exceptions). 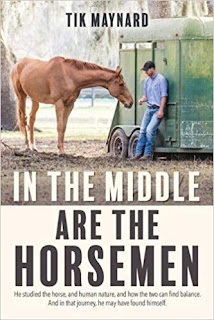 We were wandering the trade far and discovered Tik Maynard, sitting alone at a table with a pile of books. I've been meaning to get Tik's book for ages as he's one of the people who inspired my change in horsemanship. Not only do I have it now, but it's inscribed to me (and Spicy!!). In purple Sharpie, no less. 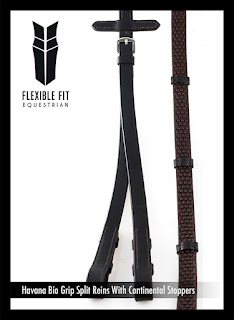 THESE REINS ARE EVERYTHING. They're like the softie pebble grip Nunn Finer reins but they have rein stops. I've considered getting hand stops added to my version of these reins many times so they were irresistible. Also of note, their stuff seems to run huge. I did not realize the reins were cob size until I got home, they looked totally normal to me. Not upset, my other reins are so long the bite sometimes loops around my toe. It's terrifying and probably very unsafe.

Thanks to Leah for this tip. I've been debating about what to do for Spicy because I sense he could use daily maintenance for his tummy. He is too neurotic for this world and if he were a human, would probably spend every day either popping Tums or laying on a leather couch talking about how he's terrified of bits and that time I accidentally hit him in the face with the snap on the long line.

We swung by the Finish Line Products booth and I explained I was thinking of trying their product and went over some of Spicy's symptoms. They were super helpful and also gave me a 32oz (!!) sample bottle to start him on! 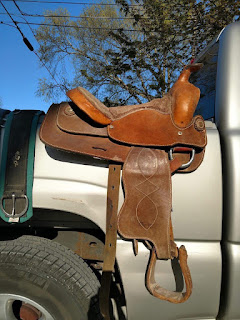 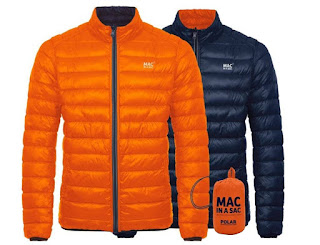 Sara got one souvenir and it wasn't a hammock, even though she talked at length to the hammock vendor. We were not super prepared for the freezing weather that sort of happened in Kentucky, and it really did swing between shorts and a down jacket from minute to minute. Our last pass through the Trade Fair saw us stopping at the vendor where I got my Tik Maynard book and perusing the mac in a sacs. Sara is an avid backpacker so the lightweight nature and stuffability drew her to these ultra light weight, warm jackets.

We also purchased a very delicious glass of the Reserve Merlot from Lover's Leap Vineyards. Because we are nothing if not lushes.

There were lots of deals to be had, particularly on Sunday when things were starting to wind down. The shopping was fantastic and I really had a great time seeing lots of products in person and talking to owners of some of the smaller companies.
Labels: 4 star lists shopping

What Are YOU Going to Do?