I was prepared for a lot of different contingencies when I got Runkle. I was getting a four year old horse off the track. I figured he'd have less than desirable ground manners, wouldn't stand to mount, wouldn't like to be brushed, and wouldn't have any brakes. My first few rides on him I buckled up in my eventing vest, always made sure there was someone at the barn, left my next of kin and bade farewell in case my baby Thoroughbred realized he was a baby Thoroughbred. He never did, which is probably why he's no longer a racehorse.

But I'm not all-knowing, and while I was prepared for all those scenarios there was one I wasn't QUITE prepared for. 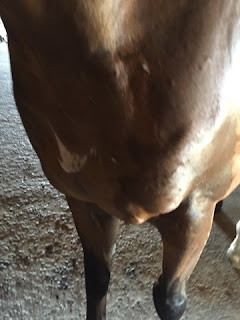 Kick to the chest. I've seen him in the field,
even as his mother he MAY have deserved it...

Baby thoroughbreds are either pathologically suicidal, or love to give their owners heart attacks. I swear Runkle got on the trailer the first day and thought "This girl really seems to love me. LET'S SEE HOW FAR WE CAN PUSH THAT."

The very first week I had him we had an emergency vet call. It wasn't even a week, it was two days. I'm not sure exactly what happened, because I was at work (I don't think I could handle being a single working mother) but my trainer called me and started the call with "Don't freak out, but..." Apparently his stifle locked. I didn't know what this meant, but my trainer was pretty concerned and asked if she could call the vet. I said yes and, after hanging up, Googled it to see what it meant.

Googling horse maladies is like going on WebMD; no matter what you type in it's going to tell you you have cancer and you're going to maybe have a panic attack in the stairwell. Better to leave the vetting to the vets. 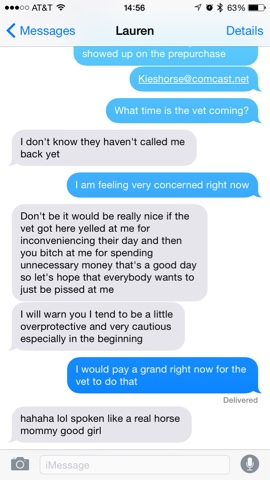 This is what being a working horse mom is.

So the vet came out, did a very extensive lameness examination (two days after my extensive prepurchase, this horse is a flexing god) and one of the toughest vets in the area couldn't find a thing wrong with him. Apparently when horses are growing into themselves and don't have good butt muscles yet they can occasionally lock their stifles. Even if it is chronic it is easily solvable. All is well. I paid for that peace of mind, but didn't have to pay a grand for it, thankfully.

Not even two weeks later someone got frisky in the field. I suspect he did it to himself but as I have yet to install security cameras in his field, I don't know the exact culprit. He had a large cut, right on the joint of his hock. 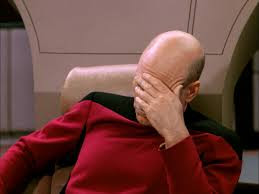 Despite the impressive swelling and the fact that it was right on the joint he didn't flinch when we palpated it and he was sound when we jogged him. Happy as a little, dumb baby Thoroughbred can be. 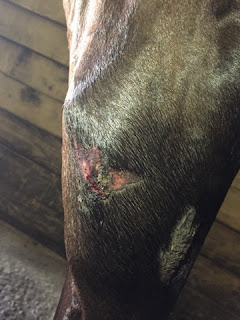 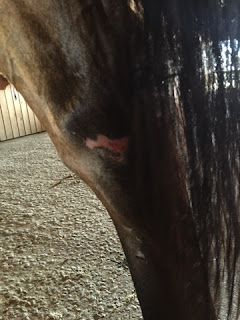 The day of the cut and then about four days later. Runkle, do you even like me?

We texted pictures to the vet, and I was expecting her to go cool, he's sound? Just scrub and put Alushield on it.

Instead she said she'd be out in forty five minutes.

I went through my flash cards for my exam while I waited for her to arrive but instead of memorizing formulas I contemplated my situation. I had owned this horse not even two weeks and we were having our second emergency vet call. I was worried about him in general anyway, adjusting to the his new life not being a racehorse, and he seemed hell bent on making sure my anti-anxiety techniques were fresh in my mind. What if he had done irreparable damage to the joint? What if it got infected? I flipped through the cards, and instead of definitions I felt like each one was a scenario for how this would end badly. 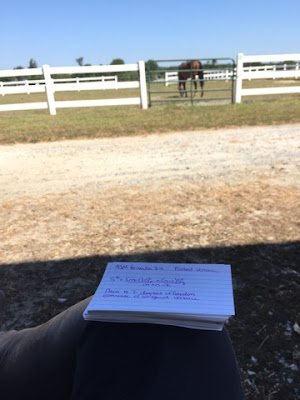 NO RUNNING, NOT UNDER MY WATCH.

Before the vet arrived I decided it didn't really matter what happened. This would all just be part of our impressive backstory when we finally get to... wherever we're going in the future. And the more frustrated I was the more I looked around and realized I still had it relatively easy. One horse in the barn had bad cuts at his throatlatch from playing in the field. Another is on a long recovery from surgery. The other baby Thoroughbred at the farm is going through his own trials and tribulations.

If I didn't think I could handle this aspect of being a horse owner, I should not have bought a horse.

So the vet arrived, did an examination, told me he'd be fine and he was. A few days later when we were comfortable with how the cut had healed we threw him back out with his friends in the pasture. I fought the urge to text every single barn worker the morning after the first night he was back out because if I heard nothing, he was fine. This is why I board at a really nice barn with people I trust. No point in worrying. There's no bubble wrap for horses, no crystal ball that says it'll be okay. But today it's okay.

Although yesterday I forgot my phone at home, and when I got back from work I had a missed call and several texts from my trainer. Apparently Runkle got stung by a bug and it was a bit swollen so he needed some treatment.