When we last left off, I bought a book because it's winter and that's what adult ammie's with only one horse and lots of time on their hands do. 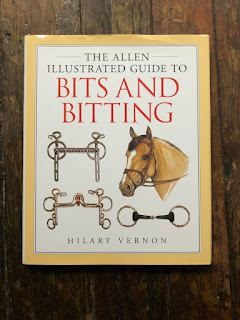 The book itself, while interesting, was vague at times. It did kind of spark my interest though. I had ridden hundreds of horses but they went in whatever bit they went in, and I admitted to myself I had never actually looked at my horse's mouth to see how it was shaped. This book discussed all the idiosyncrasies that can exist in horse mouths - fat or small tongues, sensitive bars, low palates.

I took a look at Spicy's mouth and it really made me laugh. He was literally all tongue. His lower jaw had no depth, so the tongue just sat on top and poked out the hole where the bit rests. He also had an incredibly flat palate. It made sense why he wasn't a fan of the mullen mouths, even the super sensitive HS Duo. It was all tongue pressure. All the bits I used were thick (so as to be gentle), so when I pulled it probably just felt like I was strangling his tongue.

Hm. That kind of explains the anxious chomping and tongue slurping he always does, doesn't it?


In RM's books he suggested over and over (and over) the Myler Combination bit. 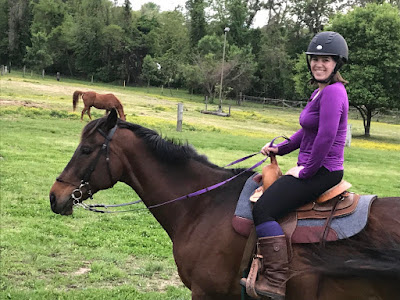 I had never considered these bits because they look like you can't control your horse but I was doing the rest of his program so I figured I might as well try this. I kept an eye out for a deal on a used one and found someone selling one for $35, because obviously they didn't know what they had.

Spicy's anxious, slippery mouth calmed within one or two works, and he was actively seeking contact for the first time since I owned him. I looked at the bit and considered what I had known about his mouth to figure out why this might be.

The Mylers are pretty thin and this particular mouthpiece has a slight port, so it probably just plain left more room for his tongue. The way the barrel is designed meant nothing was touching or engaging against his palate at all. The shape of it allowed less tongue pressure and the bit touched his bars faster (or at all, as compared to the mullen).


It was a relief to find something we could communicate with that didn't create so much tongue wringing, but I knew this conversation would come up again. Clearly that thing is 0% legal anywhere, and I still feel kind of gimmicky about it. So the quest was on once again to find something that walked and quacked like a duck, but maybe looked more like a swan...

To be Continued!
Labels: training 'tips'?