What are the “little things” about your horse that you’re so fond of?

I love this question. Because what I love about Runkle isn't always his athleticism or his innate talent. He's an athlete and I treat that seriously but first and foremost, he is my pet.

I love how when I go to put his halter on he shoves his nose into it. It's like he can't wait to hang out with me and go somewhere, or he knows when he comes with me something cool and fun is going to happen.


When he gets something right and I pat him and make a big fuss he romps around going "I DID IT I DID IT!!!"

I adore how much he loves other animals. His best friend is Biddie the cat, but he wants to hang out and play with anything that moves. He really loves dogs and is sad when they're not as much of a fan of him as he is of them. Except my sister's dog, I think she actually likes Runkle better than most other dogs she meets. 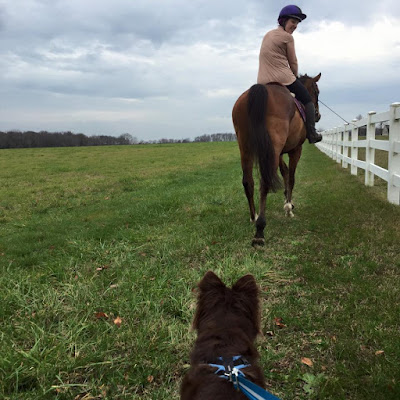 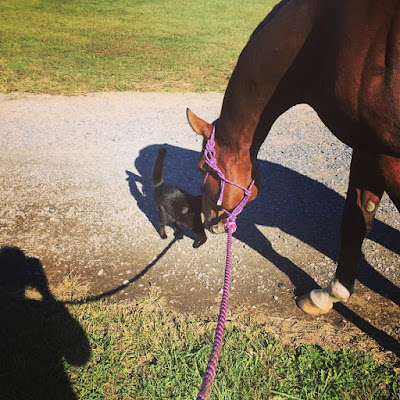 He loves his scratchies. He used to grump about being groomed, but ever since blanket season kicked in he is ALL ABOUT the curry comb. It got to the point where if I wasn't currying him but I had it in my hand he would inch closer and closer and put his shoulder in range of my arms. Trying to drop anvil-sized hints that he would like moar scratchies.