Let's imagine, for a second, that I was the chef  d'equipe and in charge of selecting the Olympic team. Now that you've stopped laughing, look at my choices and realize I AM A GENIUS. USEF if you're interested in hiring out my services leave a comment on this entry. And this obviously isn't my most dreamest of dream teams because my most dreamest of dream teams would have Ingrid Klimke possibly marrying me, getting dual citizenship and representing the US. And I would groom for her.

Who's dream is to groom for someone else at the Olympics???

In alphabetical order, by horse name. Because it's all about the horse.

Blackfoot Mystery and Boyd Martin
So I guess I first really noticed this horse at the Eventing Showcase in Wellington. I didn't watch the dressage because I forgot and it was on a Friday. But the stadium I saw him and I was like oh-em-gee who is that pony he is so CUTE he looks like a Thoroughbred. Googled him and yep - he's an OTTB. I'm a sucker for some upper level OTTBs.

I found some more videos of him competing at Fair Hill and other big east coast events. This horse is a jumping machine. He looks like an awesome old school cross country horse. He was the highest ranking OTTB at Rolex this year.

Also he was so cute in his jog ups, which is really important for the Olympics. No fuggos in the jog.


Covert Rights and Colleen Rutledge
I freakin' adore this pair. I love that he's a homebred. I like that he's a Clydesdale TB cross. Colleen has brought him on herself which I super respect. Some might say he's a bit young and green to go to the Olympics. We took a risk, in my opinion, on Mystery Whisper last time, so I totally think we could take a risk again. And this wouldn't even be a huge risk. He's competed well on the international stage and he's got all three phases in him. Besides, who isn't rooting for Colleen Rutledge?? Communists. Communists don't root for Colleen Rutledge. Don't be a commie. CR & CR 2016 (JUST REALIZED THEY HAVE THE SAME INITIALS).

Fernhill Fearless and Kim Severson
I'm obsessed with this pair and have been for some time. I took a bunch of videos of him at Fair Hill CCI*** a few years ago that I of course cannot find now but Sparky is a cross country machine of epic proportions. Kim rides him so well in the dressage. I feel like riding him in dressage might be akin to that scene in Game of Thrones when Daenerys rides Drogo... I mean what spoiler alert. 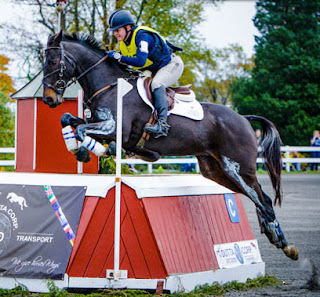 It's a shame about their Rolex run, because she was having such a good round I think she would've shot right up the leader board by the end of the day Sunday but I saw the moment he got his tongue over the bit and I was like... god dammit. Whatever. As the Queen of my own Private Olympic Selection Committee I'm willing to overlook it because they're awesome.


Simply Priceless and Elisa Wallace
I think if I could go be a working student for one of these riders, it would be Elisa Wallace. And I think she has a working student position open right now (when I heard I started packing my bags) but you can't take your own horse. Runkle and I are a package deal so alas, no seat of the pants quitting my job and f'ing off to Georgia for me. Probably better that way. Plus I can't drive a manual (although I was considering just lying and flying blind on that. How hard could it be? Elisa Wallace please never read this I would never lie to you).


Veronica and Lauren Kieffer
If this list weren't in alphabetical order this pair would be at the top. I love a good mare, and I love how grumpy and stubborn Veronica seems. I mean c'mon, her barn name is Troll. Even on a bad day she lays down a better dressage test than most US competitors. The mare is of course an XC machine with a fantastic record, especially at the biggest events when it counts the most. And the two are aces in stadium. What more do you need for a team pair? 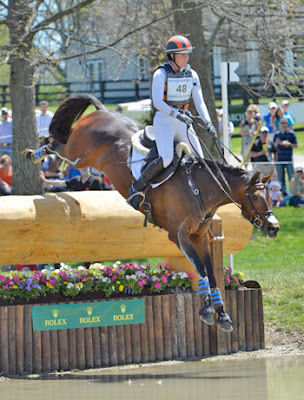 As chef d'equipe I am also making myself fashion coordinator. The theme for this year's Olympics is "Red, White and Bling". 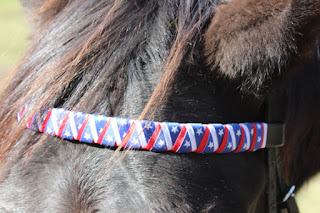 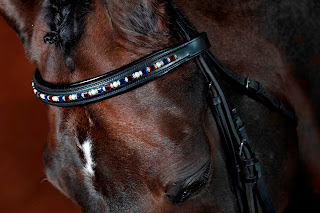 Do you have hopes and dreams for the Olympic Team? Do you think I'm the perfect Queen of Eventing Selection Committee? I'm pretty excited and I wish I had more vacation days so I could take off work and live stream the whole thing. Guess I'll just do it at my desk like I always do.
Labels: 4 star just for fun lists