Friday night I was sitting around moaning about how I didn't have anything to do this weekend and I wasn't looking forward to spending it doing boring adult things like cleaning, doing laundry and grocery shopping. So instead of doing all that, I went to Virginia.

I had been planning to go to Great Meadow, and then it kinda fell off my radar. But when I realized I had nothing else going on I figured eh, why not, I'll go anyway.

After riding Saturday morning I loaded up and started driving south. I hit all kinds of traffic but still made it for the 5pm start of the stadium test. It's been sweltering all week but Saturday was slightly more bearable. The arena is huge and gorgeous with the most wonderful footing I've ever seen. The course was challenging, including an option and a triple combination that was a triple bar to two upright verticals.


The way the arena is situated makes it really easy for everyone to have an excellent view. I had my camp chair parked on the hillside below the VIP tent (which hosted a SWEET dance party after jumping??? I need me some VIP tickets next year). The hillside meant everyone had an unobstructed view of the arena. There were also private 'box' areas where the sundress and seersucker wearing sort drank bubbly and shared exaggerated hugs. At times I felt severely under dressed.

Each rider filed in and gave their shot at the course. Of course Phillip Dutton went first with Fernhill Fugitive and went double clear making it look like a piece of cake. Several people had rails or time penalties but for the most part the courses went smoothly. Have a small percentage of the about a billion pictures I took. Some of the rider's I'm not sure who they were/who they were riding but if I knew I posted it! 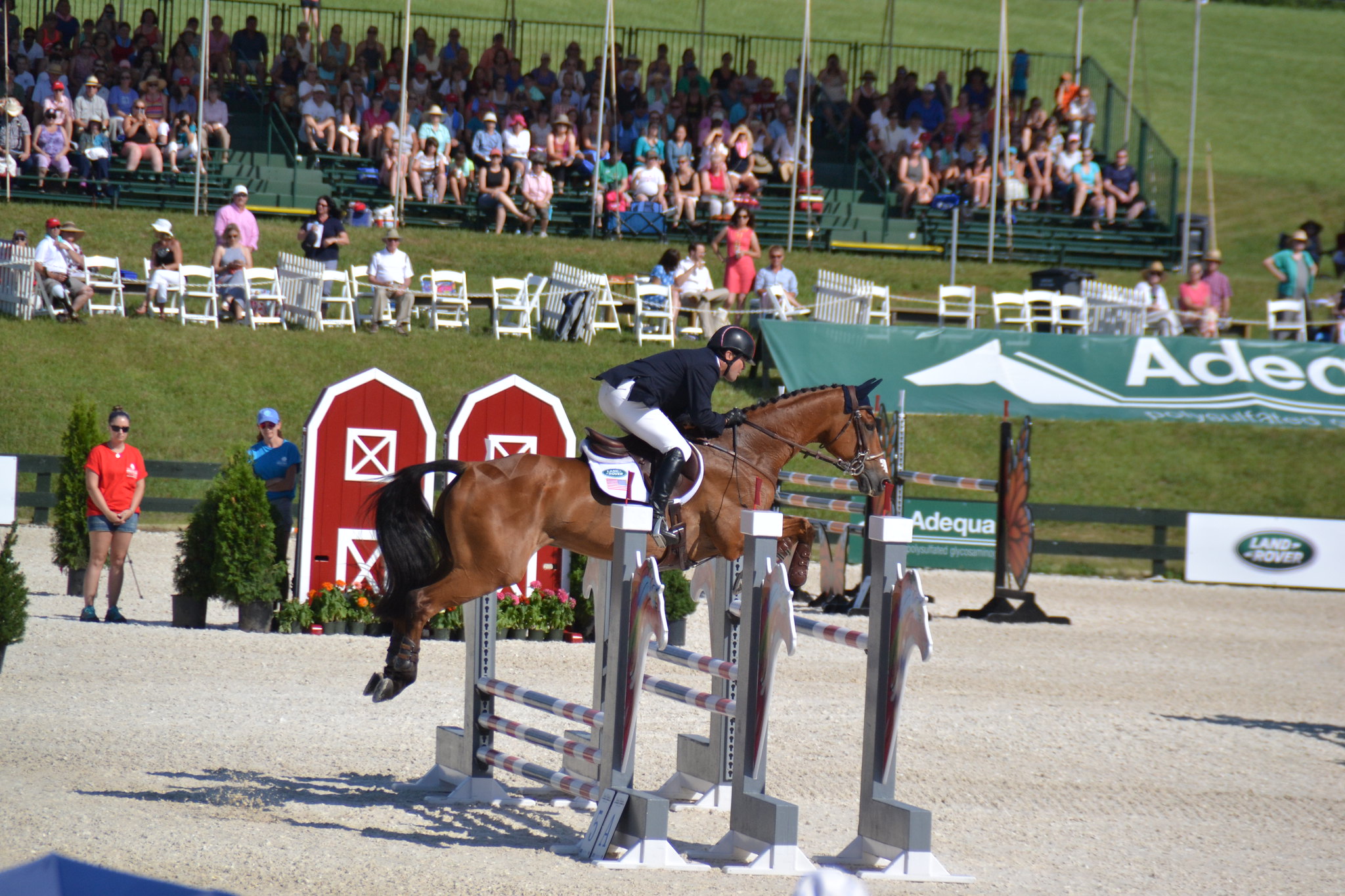 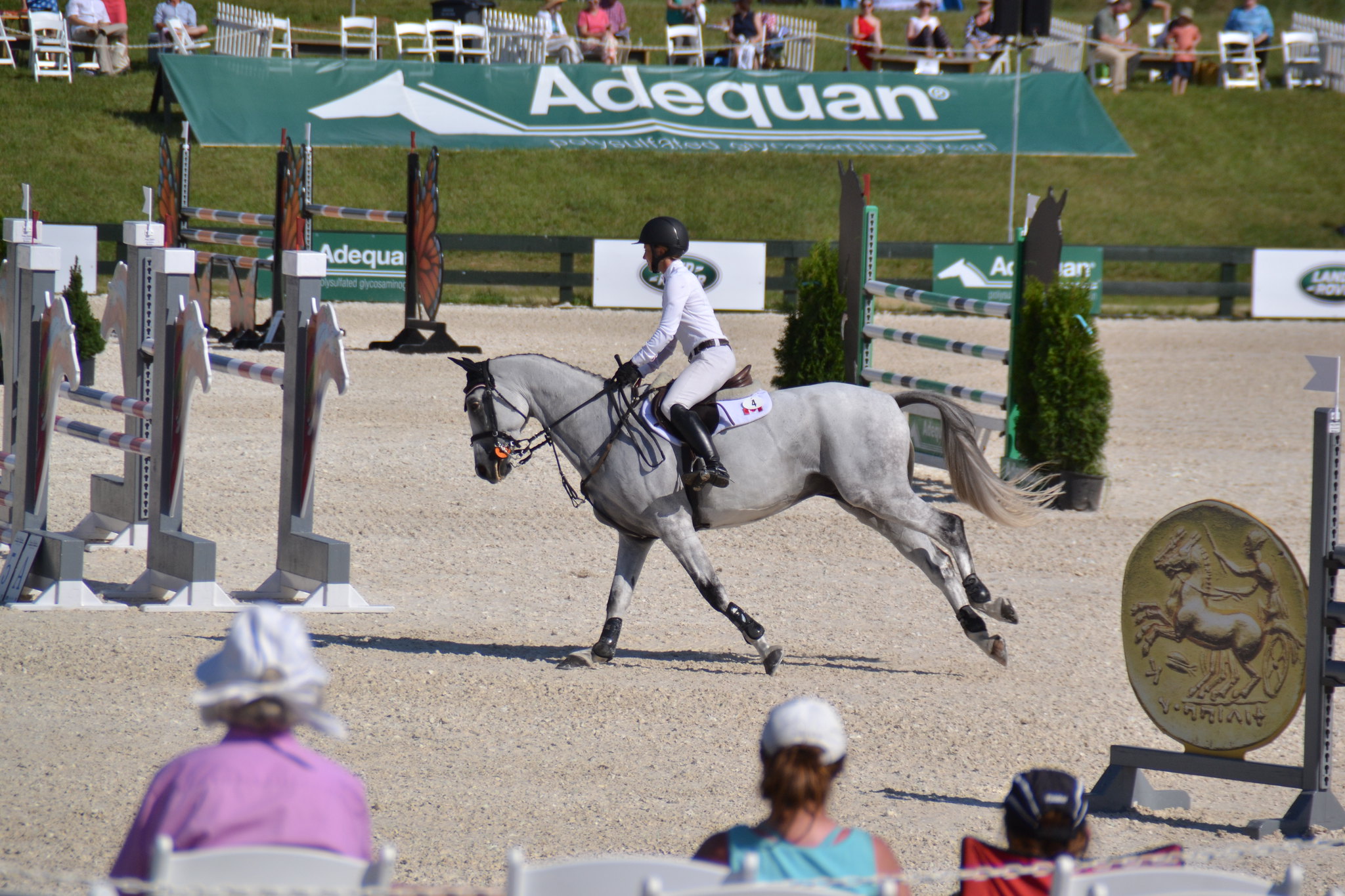 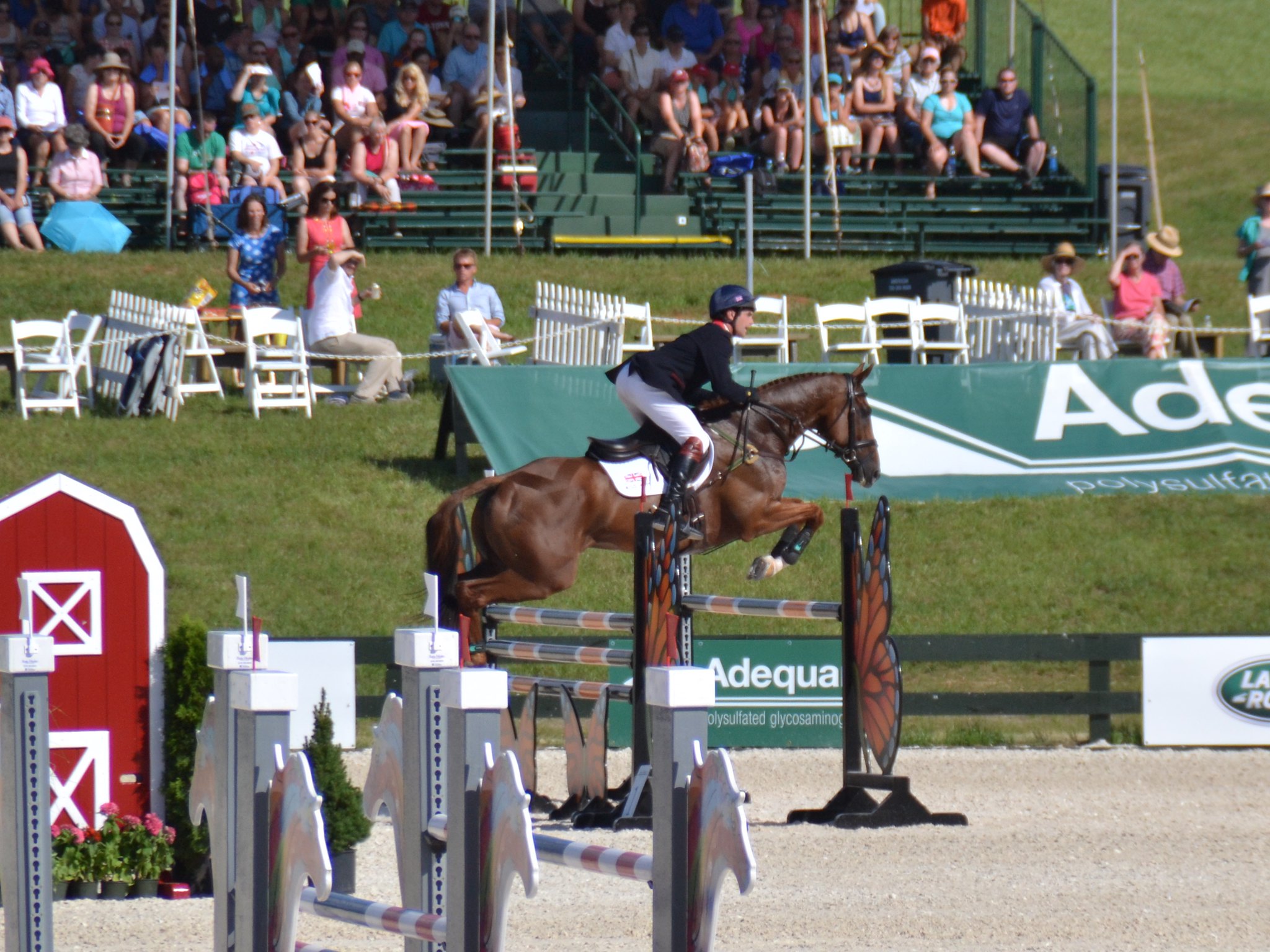 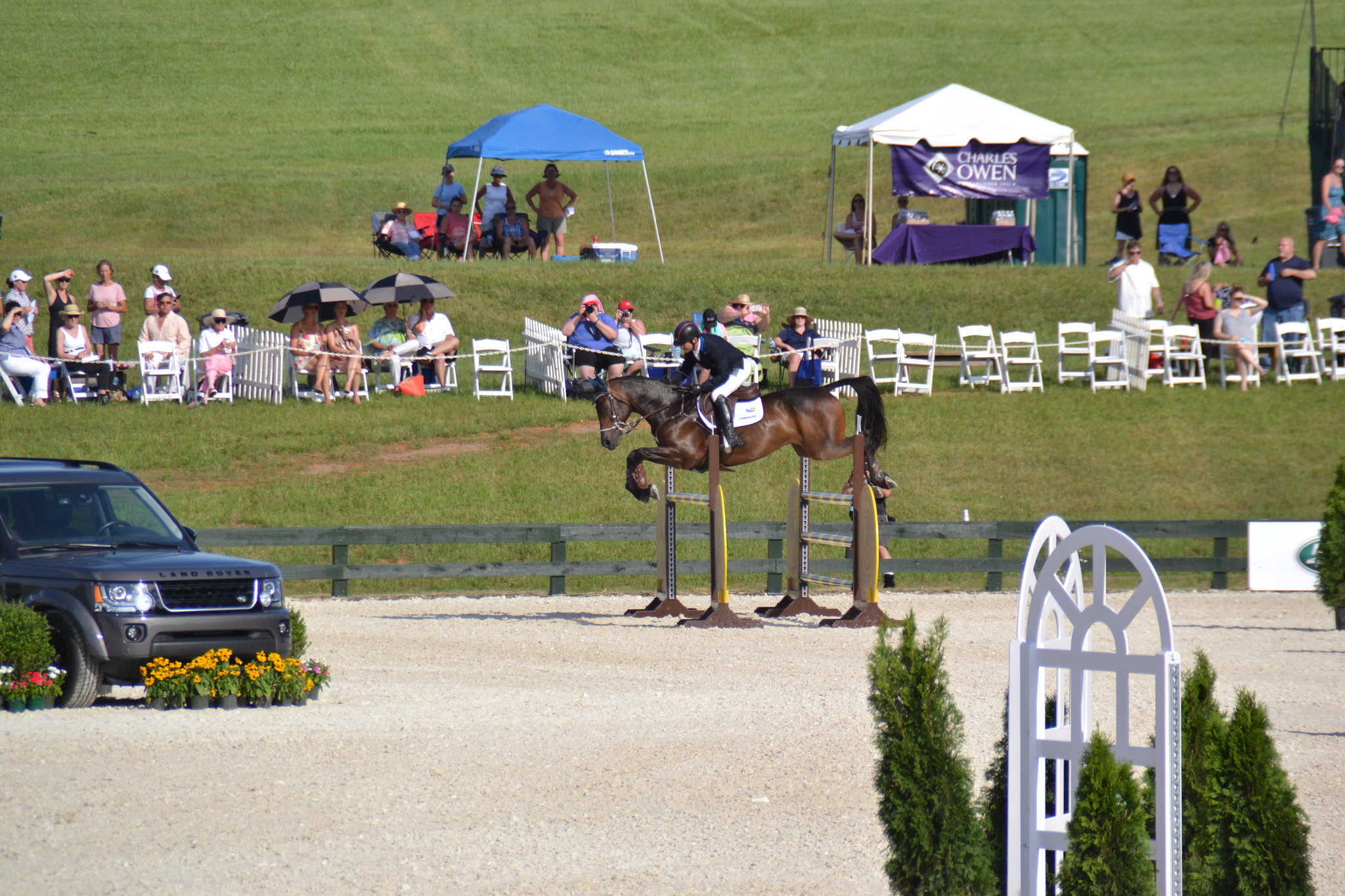 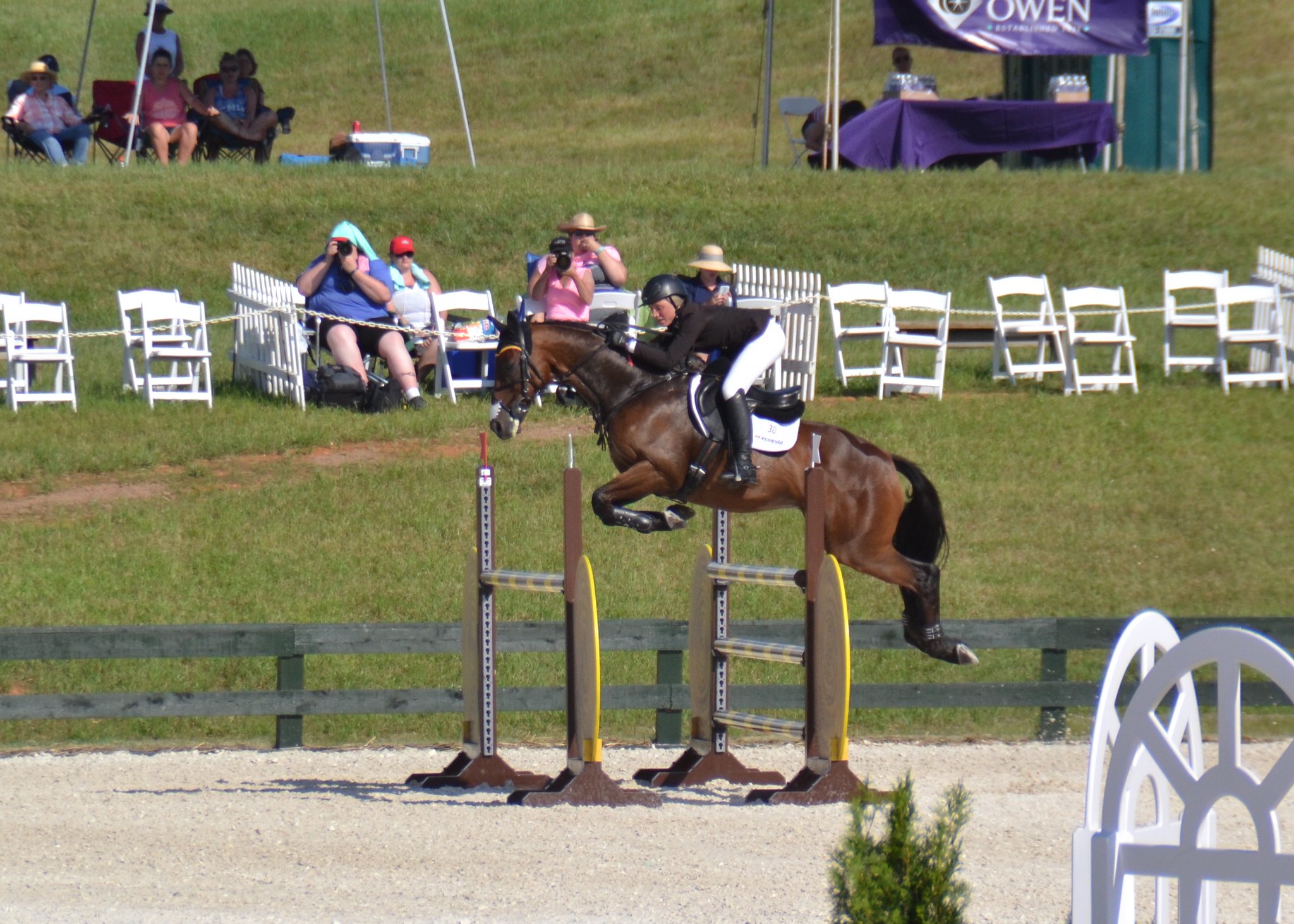 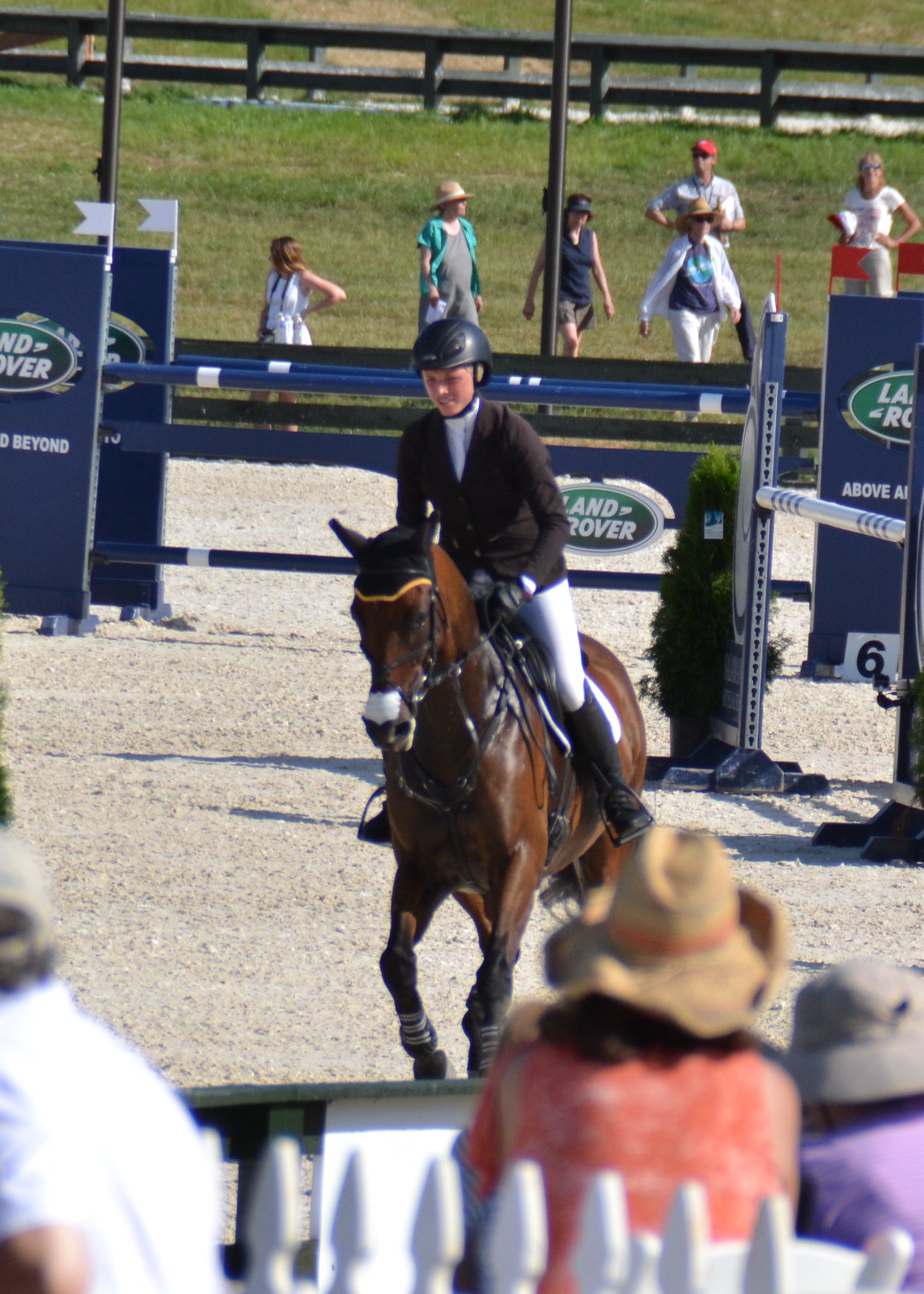 A couple of other thoughts, in no particular order:

After the jumping test concluded I wandered around the trade fair for an hour. I do wish there was a better spread of vendors. I wanted to buy something just because horse shows are typically known for their excellent shopping, but everything was just too pricey. Or it was stuff like grain or four wheelers that ... I mean I want a four wheeler but what the hell am I going to do with it. Drive it to work??

I did take advantage of the fact that there were four different saddlers there and sat in a bunch of saddles. Eventually I want a new jump saddle, thinking 2017 or 2018. I hate saddle shopping SO much that I basically always keep my ear to the ground. Unfortunately sitting in saddles that actually fit me just made me want one right now. I sat in a cross country Butet (I used to have a Butet when I did the jumpers), Schleese, Custom Saddlery and a Devoucoux that actually fit me. Both my current saddles are Devoucoux's, and while I love my dressage saddle a LOT my jump saddle leaves a fair amount to be desired. Sigh. Mo money mo problems.

The other cool (pun intended) thing I saw was the Equicool Down booth. Since it was so hot people were swarming this one buying those little neck wraps. I still don't fully understand how this product works; the founder was trying to explain the science of it to me and it just wasn't processing. All I know is, it was cool. Really cool. With lukewarm water spritzed on it. I'd love the leg wraps because it would negate the whole cold hosing fandango. And when I'm competing more than the never I'm competing right now I'd love the body wrap. Just a really neat product.

Saturday wrapped up for me, though not for all because I could hear bass thumping from the VIP tent. I went home and crashed at the nicest chain hotel I've ever stayed at to prep for a long day of cross country on Saturday!
Labels: shopping