...Falling in Love with Welcome Shadow
...Amateur Photography at its Finest
...I Regret Everything
...So Much Salt

I could go on. Subtitles are the best. If I write an autobiography it'll have a subtitle of epic proportions.

Emma and Austen picked me up from my hotel in the morning so we could all take one car, since I had already bought a car pass. We definitely should've brought some adult bevs with us but this just leaves improvement for next time!

The amount of volunteers they had running this show was phenomenal. They had people riding around in golf carts driving from the parking lot into the main area so you didn't have to walk. The cross country course was all around us so we just stomped over to the first jump and got right into it.

I started blogging because I wanted to write more, but I've gotta say meeting other bloggers and having other nerdy horse people to do stuff with is pretty damn top. 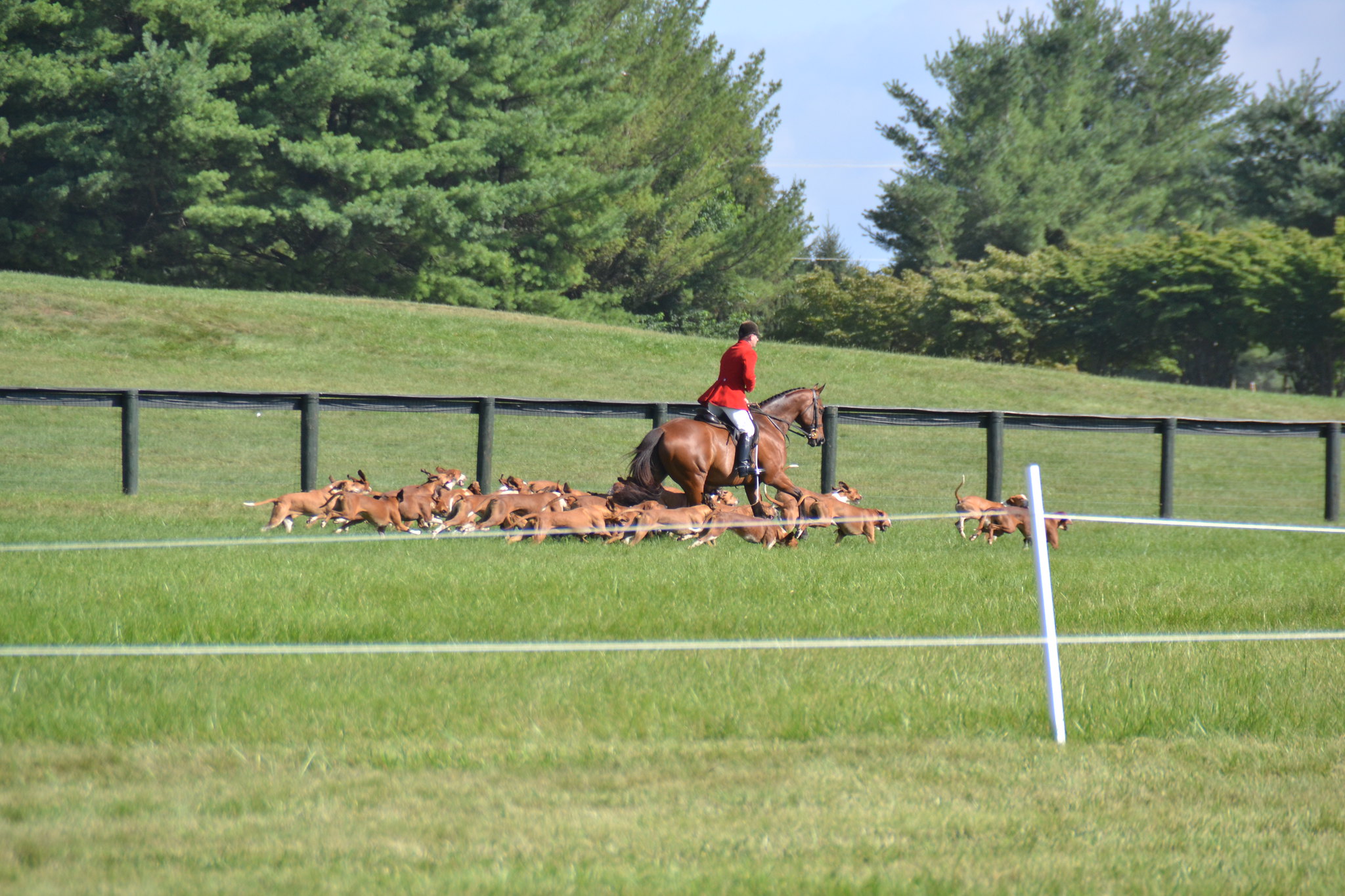 I'm starting to notice a trend with fancy pants events; at some point they have a display of hunt horses and hounds. Great Meadow doesn't breed their own hounds like Badminton does but they still had a couple field masters blowing a horn and galloping across the field. I won't lie eventually I'm going to bag eventing and foxhunt full time. I went once and loved it and I also like the idea of being allowed to have a flask of scotch with me when I ride.

I digress. It wasn't too long after we arrived that the first horse got on course. I loved the course design. The jumps were all beautiful and it flowed really well. The problems on course were spread out, although the biggest issue people had were at the huge brush corners in the arena. I had seen them the day before in stadium and while we didn't get a chance to walk any of the lines it seemed to invite itself to be run out on.

If you want video media, check out Emma and Austen's posts, especially because Austen is way more dedicated about getting all the riders right.

I got fancy. Have a slideshow.

Other thoughts again in no particular order:
Anyway, so that was my day. I hit no traffic coming home and rode Runkle which fulfilled my "omg I just watched people gallop around the coolest track ever and I haven't run XC in 2 years".