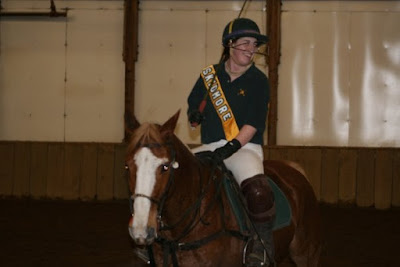 
Of course, like all the best laid plans, I might as well not have made them because they fell apart immediately. I didn't get on the team, and on top of that I felt like the coach really shirked me, which stung.

The next day I was wandering around the club fair, realizing that I had been on campus a grand total of six days and it was already really not going as planned. I didn't know where to go from there. I guess I could've busted my ass working at the barn and trying to get into the coach's good graces. Then maybe next year I could score a spot on the riding team, but the whole experience really left a bad taste in my mouth.

Somewhere between the student radio station and weekly yoga in the chapel, I heard someone say "Weren't you at riding team tryouts?"

I was jolted out of my reverie and looked over to see who spoke. The sign on the table said Skidmore Polo Club. Honestly I'm not sure why this wasn't my first plan of attack. How many chances would I get to try polo? The Sport of Kings! I eagerly signed up for the info meeting the following week.

Polo conjures images of champagne, fancy dresses, BMW's, and perfectly manicured fields. That was not really the case at Skidmore Polo. We had a tiny, dark arena that I'm pretty sure most people in the area hated. We were not the best team in the league (at least when I was a starter. Maybe because I was a starter). The club was in a lot of debt when we picked it up and the string was getting old.

But everyone on the club was nothing if not passionate, and we all worked our asses off to turn things around. Not to mention we got to travel all over the east coast, meet people from schools all over the country and ride lots (and LOTS) of ponies. I developed a bond with my teammates that I haven't experienced since. 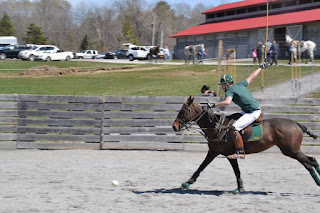 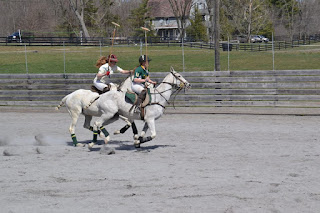 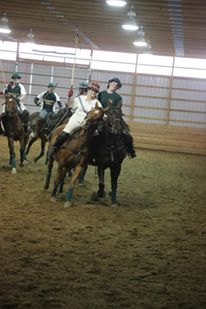 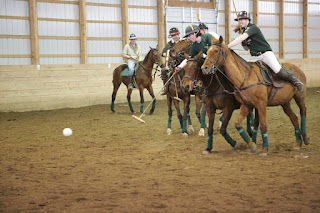 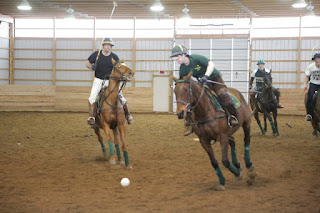 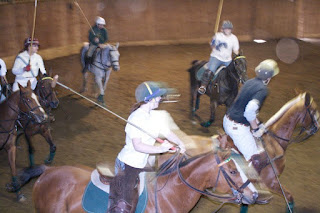 Sometimes you have those moments in your life where you see the tiny pebble plopped into the water that diverts the stream that feeds into the river that changes the ocean. Signing up for the team was definitely one of those moments. Turns out, getting rejected from the riding team was probably the best thing that ever happened in my life.

The club gave me so much. I'm lucky enough that I have the opportunity to be involved as an alumni. And club continues to change and grow; we gained 501c3 status and they're developing an interscholastic program. It's incredibly watching these young kids whip around whacking balls better than I ever could.

I don't know that I'll ever get to play again, it's just too expensive. But once a year I go back to my alma mater to gallop around like an idiot, hit a ball and remember all the sport gave to me. I learned lessons in horsemanship and sportsmanship that have followed me both in my continuing horse endeavors and professionally.