Indy had his very first show this weekend. We didn't have grand plans, I just wanted to get him in the dressage ring and maybe make it around without his tongue hanging out the whole time. For jumping my goal was to ride him as straight and quiet as possible and trot as many jumps as I could.

Initially I signed up for Intro B (walk trot) and Intro C (walk, trot, canter), but my last lesson before close date the canter transition was... a disaster. I could not get him to pick up either lead reliably and there was a lot of angry trotting and flailing. Don't even get me started on how bad the canter is in Intro C for a baby horse. After struggling and getting the left lead once out of six tries I begged trainer (who does ride times) to bump me down to doing Intro B twice.

Of course in the next week we figured out how to get the canter, and the day before the show our canter transitions looked like this:


I left a ton of time for warm up to prepare for any meltdowns but I really needn't have. He got a little upset when a horse had a thrashing tantrum in a trailer but otherwise was cool just walking around waiting for our turn. He was adjustable and listening, actually coming off both legs and moving with his back up. 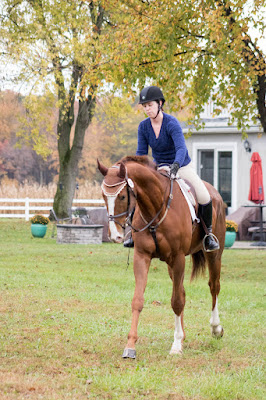 I showed him the ring and we did our test, and he performed even better than I expected. I think there's a dressage elf at my barn that trains my horse when I'm not there. He knows how to do things I've definitely never taught him. He went so nice and deep into his corners, better than any horse I'd ever ridden, and my geometry was really spot on. The halts left something to be desired, they were square enough but a little angry.

Of course when I saluted I looked down and he stuck his tongue out.


The judge was giving a lot of feedback so I wasn't surprised when she got out of her car to talk to me. I was surprised when she started gushing excitedly about how much she liked him, how special he was, querying about his breeding and finally asking if I'd ever consider selling him?? I've never had a judge ask to buy my horse before but I'm gonna take it compliment.

My individual movements were all over the place, with my halts netting me medium (5-6) range and the rest mostly 8's and 9's - I've never gotten a 9 before! We also got a 6 for submission. I WONDER WHY, INDY.

But even with the god damn tongue we got a 71%, which is easily the best score I've ever gotten on a dressage test.

I was HC'ing the second test so I went back in, taking her advice on how to improve my halts. I walked more before them and they were much improved. My second test netted me a freakin' 78%.

I wonder what horses think when we freak out over good dressage tests. It probably all seems the same to them. Go in, stop, do a circle, trot, walk, stop, everyone's happy for no reason. 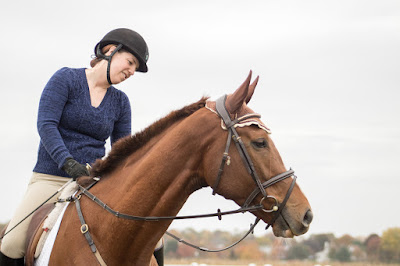 After rocking the sandbox and gaining some new fans, we tacked up for jumping. Indy was not a fan of the kids in warmup and their hard-of-steering ponies so we had some anxiety (and an unscheduled attempt to return to the barn). By the time we went in the ring Indy was a little fed up with me and my horse show so he was exuberant. But we made it around the starter course twice. He was a little strong. And excited. 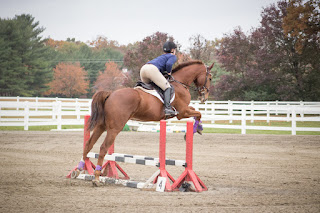 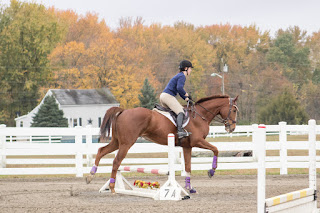 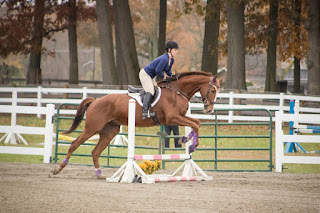 I wish I had ridden it better, being a little softer and not having so much of a death grip on his face. I never quite know when he's going to take off still so it makes me a little insecure. Sometimes he twists and gets really crooked to the jump, while other times he attacks it and snaps his legs so hard we clear the standards and his withers hit me in the chest.

We'll get better at it. Eventually. This was more than a good start though, and I'm hoping to get to some jumper and dressage shows over the winter to get him more used to this whole 'I'm a show horse' thing. 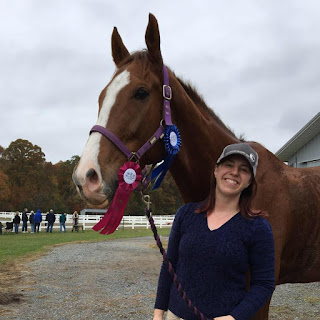