I've ridden with Sally many times at this point, but this lesson felt different.

She's never met Indy before, so to start we discussed who he was, where he was from, and what we had been doing so far while Sally ate her lunch. My regular trainer came to watch, and offered her input as well as running around making jumps for us. 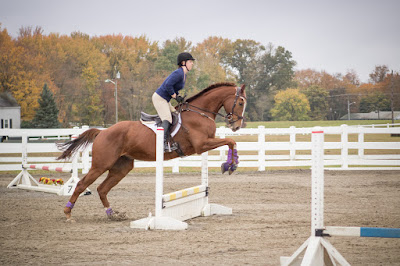 We did a few fairly simple exercises; mostly using bending lines to keep him guessing. Indy was on his best behavior. I'm not sure what's been up with him lately but he's been jumping far more normally recently. Instead of me flopping around on his back with no idea when he takes off, I've actually been on the same page as him and we tend to make the jump together.

Sally really loved him. Unsurprising, as he's quite her type: a big, strong, athletic, rangy Thoroughbred.


I've outlined a few takeaways below.

The biggest thing she stressed was I am currently in a window of opportunity. Right now, Indy is still working on learning and getting stronger. I need to teach and mold this horse into what I want now before he gets too strong and opinionated. It's imperative we fight all the little battles that I can stamp out now before they become huge wars that I'll never win. 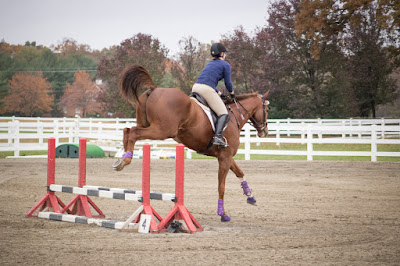 Overall I came out of the lesson feeling very tired and sore but exhilarated and excited. Her last bit of advice was that this was my chance to chase my dreams, and I shouldn't sit around on my laurels. 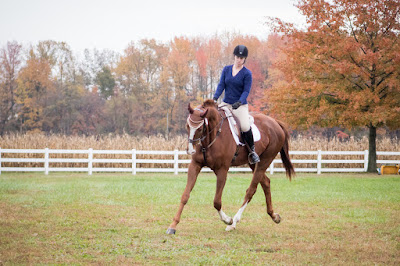