There are a couple breed specific items on my Muck Bucket List, one of which was ride an Icelandic Horse. A real one. Another of my dreams (though not MBL worthy, as it's not related to horses) was to see the northern lights. So I did what most normal people do, booked tickets and took myself to Iceland. 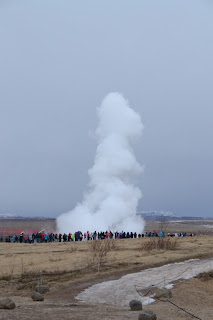 Iceland itself is a wonderful place. It's pretty pricey but the food is amazing, the natural beauty of it is breathtaking and it's completely relaxing. 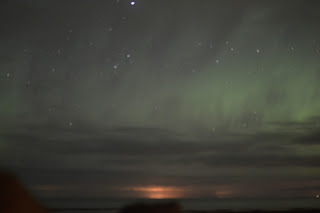 The northern lights were brilliant, and absolutely made me cry. For maximum magic I booked my trip during the spring Equinox, as the equinoxes are the best time to go. Since I'm as lucky as a wolf (as the Mongolians would say) there was also a solar flair that week which cause a really spectacular show right in downtown Reikjavik. Plus in true freak-of-nature manner there was a solar eclipse which was completely viewable from Iceland.

I also went to the Blue Lagoon and spent a small fortune on an in-water massage, which I would easily spend twice as much on (don't tell them I said that though). 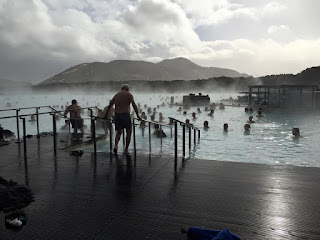 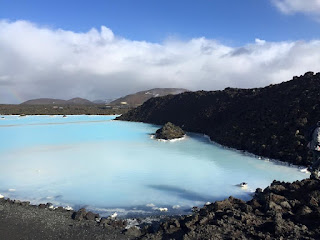 But of course, it's all about the horses. I was booked to do an Icelandic ride over the lava fields that I was pretty amped about. The day started off with the solar eclipse darkening the entire country which in itself is pretty incredible. But then I got to take a bus out into the countryside and there were miles of open space with adorable shaggy ponies on it looking at you for snacks.

Just don't actually call them ponies in front of anyone. 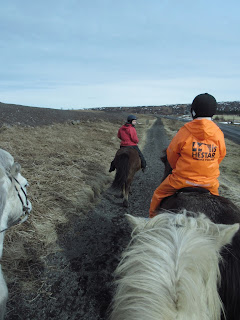 Icelandic horses are definitely a breed apart from what I'm used to. They're small but very sturdy, and extremely doglike. One of the bus tours I went on stopped at the edge of a huge field of them so we could take pictures, and it took about three minutes for all fifty or so horses to come to the fence to say hi. They come in a rainbow of colors and have the fluffiest manes and forelocks. They're like real life My Little Ponies. 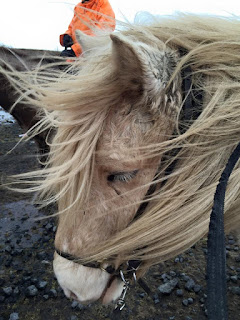 My mount's name for the day was Hrollgar, which is probably a butchered abomination of Icelandic spelling but, eh. He had to have been no taller than 13.2 and he was fluffy, palomino, and had to die for surfer dude hair. He was so, so cute I wanted to pack him in my suitcase and take him home with me and snuggle him in my bed.

The riding company had very specific rules; no imported horsie germs so all your stuff had to be non horsed when you came to the farm. They provided jumpsuits, boots and helmets. It was brutally cold and really windy out on the lava fields so I appreciated all the warm weather gear I could pile on.

As cute and cuddly as they are on the ground, Icelandic horses are freaking amazing to ride. Yeah, my horse was tiny, but he didn't feel tiny at all. Despite easily being the smallest horse I had ridden in a decade or more, he felt much larger. He was strong, surefooted, and energetic. I was totally in love with him even before we got to tölt.

The tölt is one of the Icelandic horse's two special gaits. It's actually pretty easy to get them to do, in my opinion, considering I've never ridden a gaited horse before. You have to hold your core strong and sit deeply into the saddle but after a few very bouncy strides I could feel Hrollgar click into a different gear. And god damn does it feel like you're floating. I was giggling the whole time going "I need to get me one of these".

I wanted to tölt the entire ride but we interspersed it with walking and a few gallops. Hrollgar really loved to gallop and it was hard to pull him up when we'd get to a particularly rocky patch that required walking. 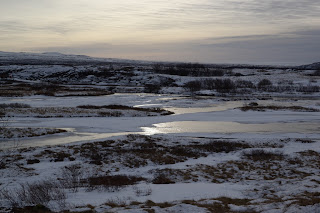 The other special gait is the flying pace, and we only got to see that accidentally. Despite being an advanced and difficult ride the other two people in my group were not experienced or strong riders at all. Typical. As we neared the end of the ride the horses knew we were getting close to home and the younger girl lost control of her mount and he started cantering back to the barn.

There were two guides with us, and one stayed with the girl's mother and me and the other took off in pursuit of the runaway. As soon as he was clear of us he immediately started doing a flying pace. The situation wasn't ideal but whatever, it was cool. His legs were moving in a way that I'd never seen a horse's legs move, so fast and with so much reach and he was really rocketing after the errant pair without looking like he was trying. 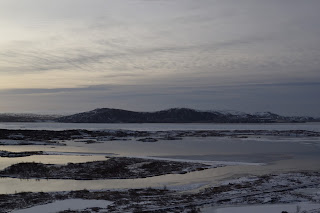 They eventually caught up and the rest of the walk back was uneventful. I so wish I could go back and enjoy them again, but hey maybe one day when I have my horse farm I can import my own little herd of shaggy dog-horses to cuddle and feed bread to. 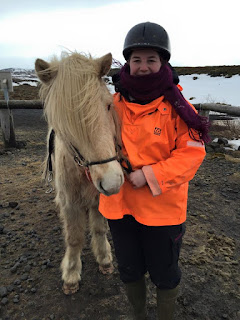