Has anyone ever noticed that sometimes, your horse is the one doing the training? And I don't mean the 'riding a schoolmaster' kind of way.

Runkle's pretty much back in full work. We had one little baby jump lesson, so that's still a work in progress. But I haven't been counting my laps at the trot for awhile and we've been cantering. So far so good, as far as his leg is concerned.

Where things haven't been 'so good' is the left lead canter.
It started off with him just swapping the lead behind. Then he'd pick up the wrong lead the first time I asked him. Then twice. Then he'd have a little mini fit. It devolved until I could not for the life of me get the left lead canter. I'd spend twenty minutes picking up the wrong one over and over and over, and then he'd finally pick up the left one and I'd be like "... I have no idea what I just did differently that caused this result".

Naturally, being me, I assumed it was rider error. He's green and I am very far from perfect. I continued struggling with it and made a mental note to ask what the hell I was doing wrong that caused my horse to forget how to do the racehorse lead.

Well yesterday I had a flat lesson and I mentioned to my trainer my current shortcomings as a horse mother and trainer and person (okay, melodramatic...) and she said "okay, try picking it up and we'll see what we've got".

My horse is a petulant pony, and he trained me how to ask for it so incorrectly that I wasn't even really asking for it anymore. He somehow convinced me to really pull on the right rein until he picked up the wrong lead and cantered around kind of diagonally until I got frustrated and gave up. He also was a really slow little shit that lagged so hard when I asked for the canter I'd throw my upper body forward to try and nag him into it.

Basically he turned me into a flaily jackass.

My trainer set about to putting us to rights. Runkle DID NOT like this very much. She cut off all his grumpy little turd pony evasions so he had to listen to me. He did not want to do that. He tried everything to get out of it. And as I waited him out and combated his normally very effective resistance methods he got more and more annoyed until he finally gave up.

And then I got the left lead about five times in a row without any chasing or swapping (but with some angry bucking).

This horse is such a fractious little monster sometimes. He makes me second guess myself and frustrates me to no end. He's not the kind of gelding I can just bully around. I just have to wait him out. He's like a goddamn mare. And a pony. He's a pony mare.

But, you know, I got it through to him and now I have his number. I know what I was doing wrong so he's SOL now. Until he comes up with something else to convince me I can't do, ruins me for a week and forces my trainer to spend forty minutes fixing me. Boy is he lucky he's cute. 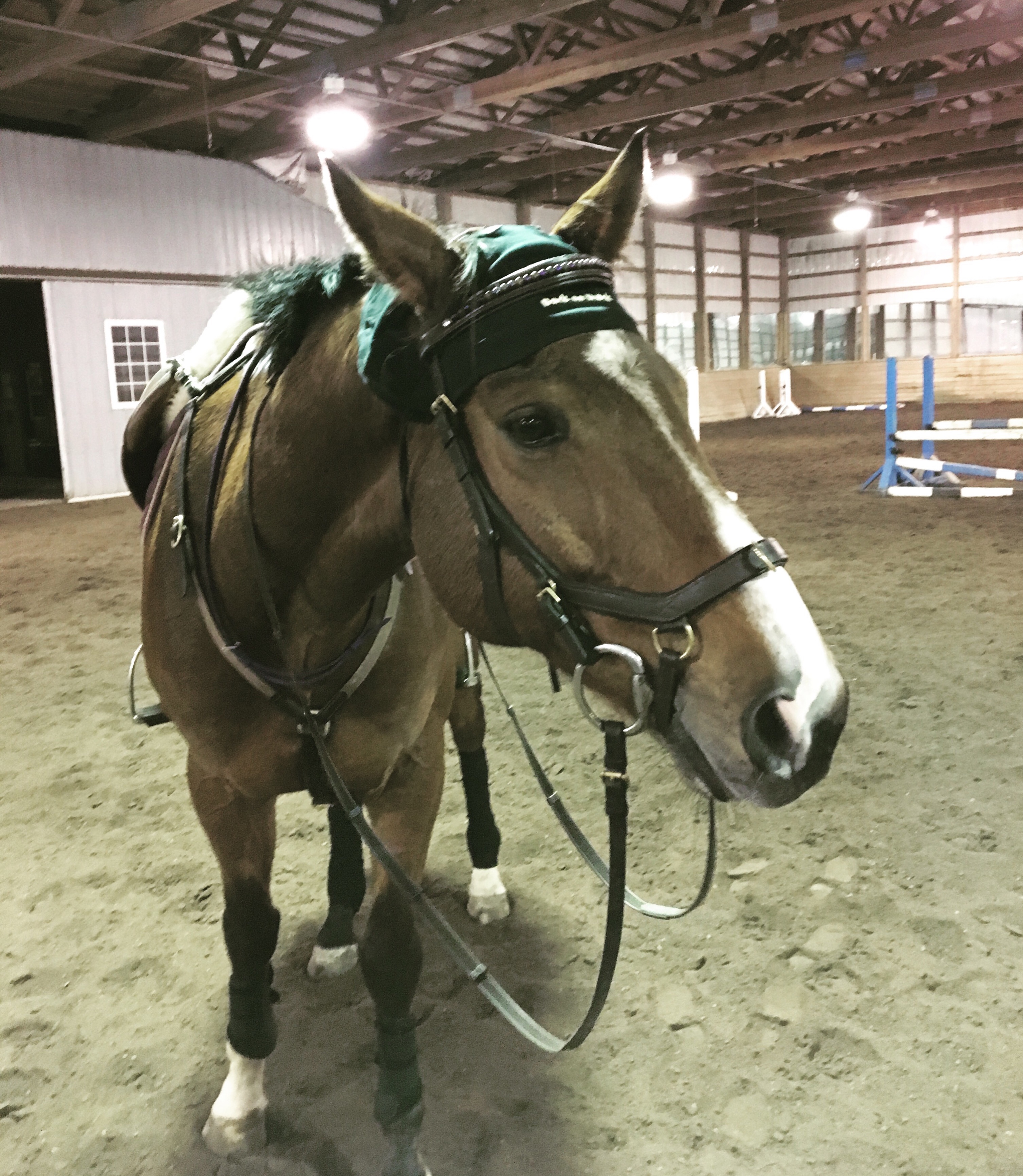