Guys, something amazing happened this weekend.

I rode my horse outside. 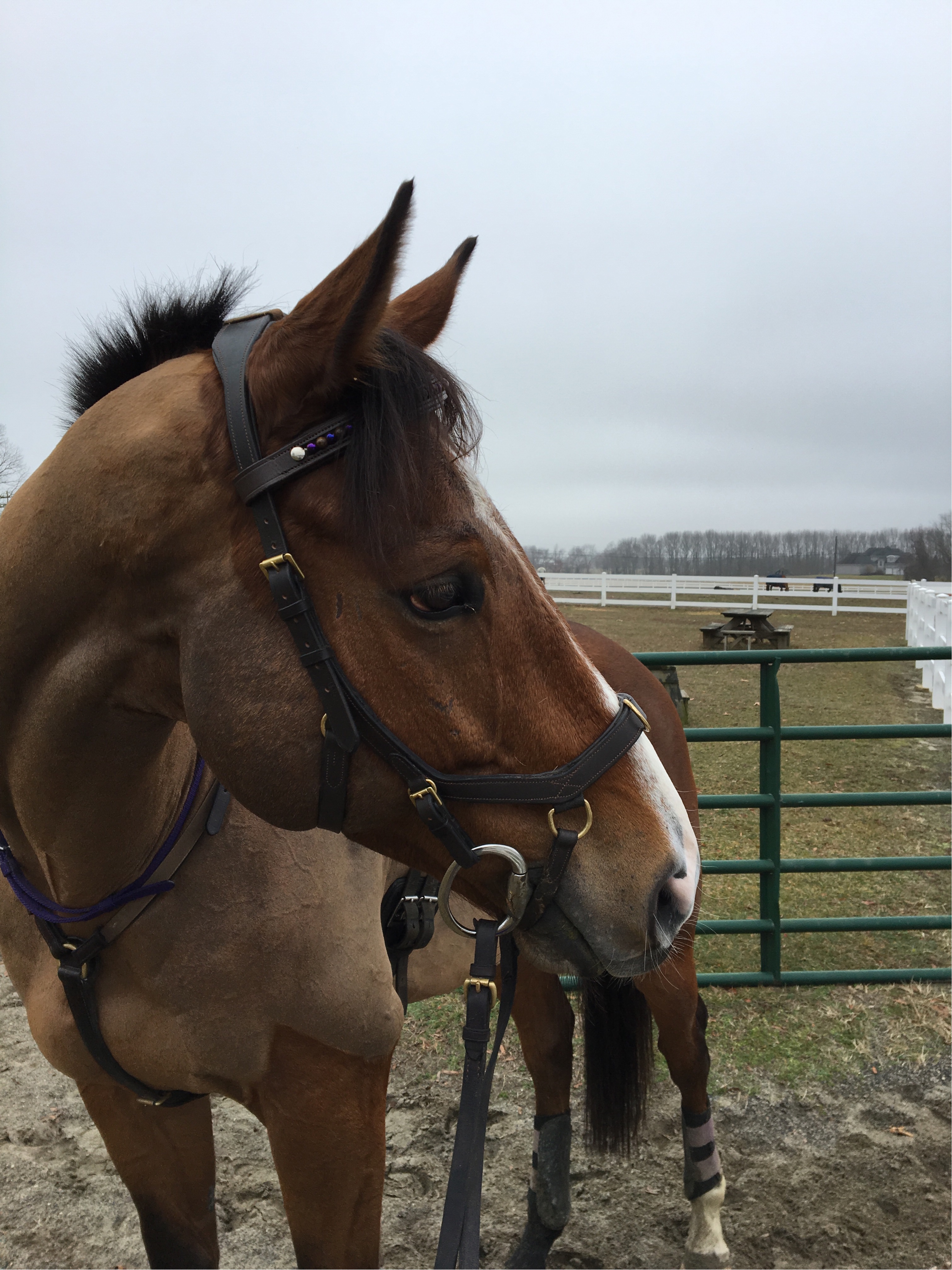 Under the sky. It drizzled on us. It was windy. We saw more than the four walls of the indoor.

It was so magical.

In case you need a refresher, in September Runkle popped a splint and everything went to hell in a hand basket almost immediately. Since then, he's been on very (very) strict house arrest. With absolutely no fun having or horseplay of any kind allowed.

He's been heavily sedated for round pen turnout which he's actually been doing well at, but things have been a little too... let's say brisk for me to feel comfortable venturing outside. So we stayed in the indoor. For months.

That's something I'm pretty against. My hands are tied during the week as it's long dark by the time I get out of work. As long as the ground isn't frozen, I try and take Runkle out at least on the weekends. If the ground is frozen we just walk, or a little bit of trotting. I ride in the half-light if I have to, not realizing how dark it is until I come inside and have to turn the lights on in the barn because it's pitch black.

I don't think Runkle's gone longer than a week or two without being ridden outside in some form.


I'm not sure if I was feeling suicidal or what, but I decided to take my chances on the great outdoors this weekend. I started with lunging, expecting it to be like tryng to tame a wild dragon with a piece of dental floss, but he was actually very sensible. Maybe the most sensible he's ever been on the lunge line.
I buckled up my vest and hopped on. He was great. Better than great, really. He was actually in front of my leg and happy about it, not doing any cranky bucking.

He even picked up both leads on the first try with ZERO tantrums.

It was so nice to have my horse back, you guys.
Labels: runkle training 'tips'?