Instead of doing a month by month, because frankly my life isn't that exciting, I'm going to make a list of the most critical things that happened to me each season this year.

Summer: Runkle and I started competing 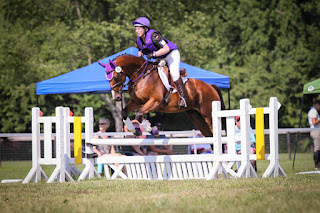 We did one in house show at the end of 2015 but 2016 actually saw us leave the farm on more than one occasion. Working through Runkles PTSD (or stupidity, haven't decided which yet) was my main focus. And when he kept his head on straight and I managed to stay in the saddle, we actually won stuff! 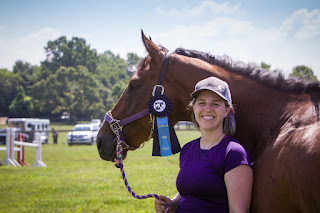 Probably one of my favorite moments though was the last in house show where he was able to sit and camp near jumping while people were running around warming up and doing their rounds. Only a month before he dumped my ass even thinking about hanging out near the warm up. 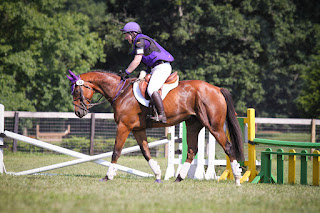 Fall: I ran a half marathon
I was really tired (pun?) of my own lack of fitness so on a whim in the first week of June I signed up for a half marathon. It taught me so much about my own limits, both mental and physical, and also about how to train for fitness work which I'm hoping will extrapolate to horses. It also gave me an excellent outlet for Runkle being broken.

I think if I hadn't had the race to focus on in the past few months I would've lost my damn mind. I was feeling pretty crazy as it was, but having to get up and run four miles before work tempered any pent up rage I was harboring from not being able to ride my horse.

Winter: Runkle had the splint from hell.
Initially just squashing my dreams for a Beginner Novice outing this season, it went so far as to convince me my horse would never be rideable again. There were a lot of tears and very few answers as I just had to wait it out. Of course only Runkle would pop a splint and have the whole thing go so tits up the vet would recommend surgery and now my insurance is blown as he's gotten all sorts of fancy treatments.

Like, buddy, you were in race training for four years and never had an issue with your splints. I take him out of heavy galloping and jumping and he immediately breaks. Why do horses make no sense? They make no sense.

Spring: #pinkygate2016
Easily the most influential thing that ended up happening this year. If you want to see what a horse person is made of take away their ability to ride. Unfortunately the kind of stuff I was made of, at the time, was crumbly not-that-strong-stuff that collapsed when I didn't have my horsie outlet.

I could barely stand to go to the barn at all. I tried to keep Runkle in training, but ended up having to pull him out purely because I ran out of money.

It was only once I had that ripped away that I could comprehend how miserable I really was. Runkle was the rose colored glasses that made my life livable, but I realized that that wasn't enough to go on. I needed more than a horse to keep myself happy. I ended up quitting my job and changing careers and if the splint incident has taught me anything at all it's that I made the right decision. I haven't been able to ride, and dealing with the splint has been just as frustrating (if not more so) than my pinky ever was, but I'm still happy. I buried myself in work and tons of other activities and I made it through a really stressful time with Runkle not too much the worse for wear.

I feel like I've left a lot of things behind this year, things that made me unhappy or didn't fit in with what I wanted for my life. I thought 2015 was the year I did a lot of growing, living in London and playing permanent tourist and expat. But it's easy to get outside your comfort zone when you're living outside your comfort zone. It's harder to make radical changes when you're sitting where you always have.

All that being said, this year kind of sucked and I would never ever do it again. But I'm still glad it happened the way it did. I feel weird using the word glad considering what a trial it's been. And I did get to do a lot of amazing things, some of which I haven't even gotten to blog about yet! 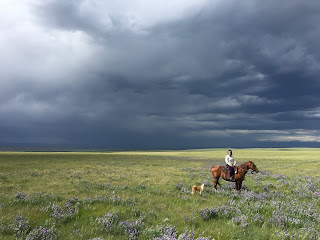 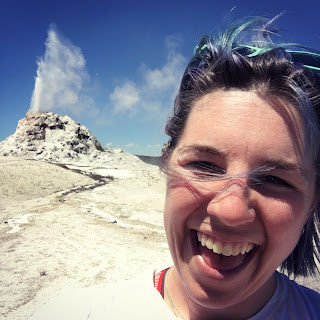 I shot a gun for the first time... 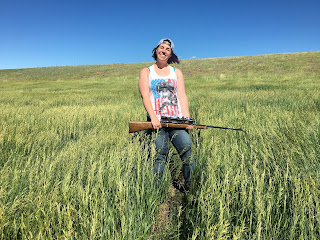 My parents sold and moved out of my childhood home...


My best friend got a puppy (a friend getting a puppy is awesome, shut up)... 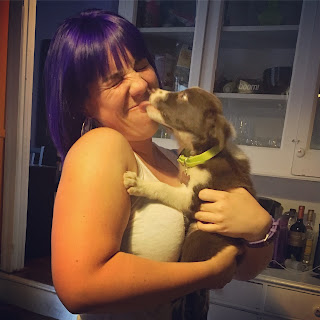 I even got to gallop racehorses...

So there you go, those are the shitstorms that defined my year. None of which I expected when the clock ticked over to 2016. Let's see what's next, shall we?
Labels: year in review